Romance novels are addictive. Seriously. I’ve been reading new adult books for a few years now and have definitely made up a list of favorites. When I first started my blog, I wrote a post on my top 3 new adult authors. I’d read a lot of books from those authors and have my fair share of favorites from them. In this post, I’ll be sharing some adult and new adult romance books that I auto-recommend.

The Year We Fell Down by Sarina Bowen 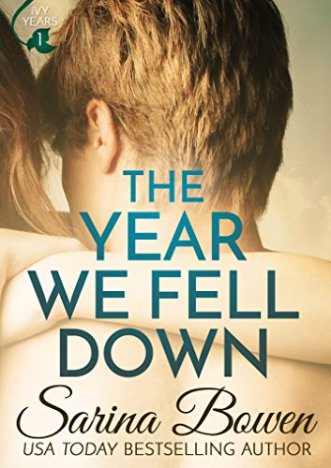 The Year We Fell Down was one of my favorite reads of 2015. I’ve reread it about three times since then. The Year We Fell Down follows Corey Callahan, an incoming freshman at a prestigious college. She expected to be on the varsity hockey team her first year, but that all changes after her accident. Instead, she goes into her freshman year in a wheelchair. She meets Adam Hartley, her across-the-hall neighbor who’s also injured and can’t play hockey. Their close proximity in the handicap accessible dorms allows Hartley and Corey strike up a great friendship…until it becomes more.

I. LOVE. THIS. BOOK. It was very eye opening to read about a character who was disabled. Though I can’t attest to the representation myself, I enjoyed what it offered. Corey is a resilient character who’s learning to overcome a large and alarming change in her life. Her friendship with Hartley is adorable and I was rooting for them throughout the entire novel (I’m a sucker for the friends to lovers trope). I also really liked the role that hockey played. It’s difficult for Corey to cope with losing something so close to her, and things get even more complicated since Hartley is a hockey player. This book is so close to my heart because of all the emotions I felt while reading it. Giddy, hopeful, sad, and everything in between. Highly recommend! 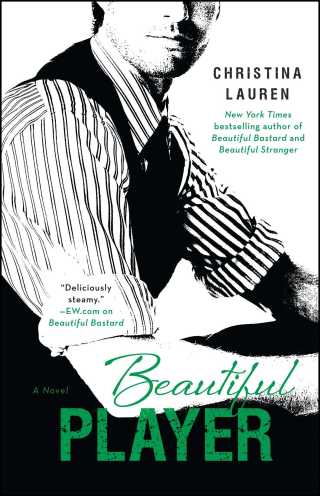 I read Beautiful Player at the very end of 2017 while on my Christina Lauren binge. The third book in the Beautiful series, Beautiful Player follows Will Sumner and Hanna Bergstrom. Hanna is very invested in her studies as a biologist. She’s spent almost every waking moment in a lab, and dedicating time to her work. Her brother says she should stop neglecting her social life and get out more; maybe even date. He even suggest that his charismatic best friend (and renown playboy), Will, can give her a lesson or two on getting out more. When things get heated between the two and go beyond just friendly help, they’re relationship sparks into something more.

Beautiful Player took me be surprise. I wasn’t all that impressed by its preceding books in the series so I was wary when jumping into this one. And boy, it did not disappoint. I loved Hanna’s nerdy character and how it took everything for her to not lose herself in her lab work (at her brother’s request). However, she still managed to use her same logical approach to learning more about dating and everything in between. Will’s suave and charismatic aura was a huge contrast with Hanna’s frank persona that I ate right up. I definitely felt that Beautiful Player was the best installment of the Beautiful series and I know I’ll be rereading it sometime soon.

The Kiss Quotient by Helen Hoang

A new addition to my list of favorites, The Kiss Quotient is a reversed roles take on the film Pretty Woman. Stella Lane is a thirty year-old econometrician whose idea of a good time usually involves her number-crunching work. She isn’t the best at dating (or social situations in general) due to her Asperger’s and inability to pick up on sarcasm and social cues. Stella decides that the best way to learn her way around the bedroom (and how to date in general) is to hire a professional. Enter escort Michael Pham. Michael is suave and charming stunner and is the perfect instructor for Stella’s lessons. Stella and Michael start off on a professional foot, until things become way more than strictly-business.

The Kiss Quotient is the debut novel of author Helen Hoang and I couldn’t have been more impressed. It’s steamy, funny, and sweet! The representation of Stella’s Asperger’s was interesting to read about and really made her character tangible. Imagine my surprise when I realized that Stella’s Autism was inspired on the author’s own journey with Autism. That explains why it just so felt authentic to me. Stella is Vietnamese and Michael is Vietnamese-Swedish, so it was so much fun to read about his home life when visiting his family.  The characters are so easy to love and become invested in! This book is a literary rom-com that had me page-turning like there was no tomorrow. The journey to each other between Stella and Michael is one that will have you laughing and swooning within the same breath. I know that I’ll be rereading this book multiple times over the next few years. I’m really forward to Helen Hoang’s next release, a companion book to The Kiss Quotient! 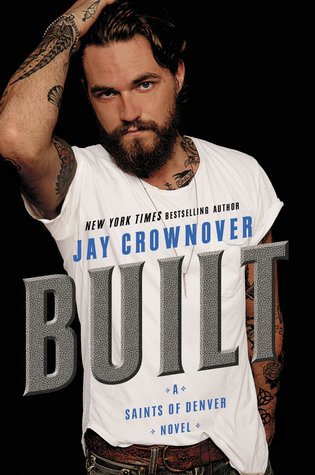 Built is the first book in series spin-off of Jay Crownover’s Marked Men books. The novel follows Zeb Fuller, an ex-con who owns a construction business, and Sayer Cole a family lawyer. Zeb has eyes for Sayer and wants to get to know her better, but Sayer’s frigid exterior makes wooing her a hard task for Zeb. Right when Sayer begins to let her guard down, a blast from the past turns Zeb’s world upside down. And Sayer is the only one who can help.

Built was a book that I only planned on reading because its predecessor (the Marked Men books), had left such a great impression on me. Now, I’ve reread this book so many times, I know the story like the back of my hand! Zeb’s character is determined and resilient when going for what he wants. Pair him up with someone like Sayer who’s so strategic at keeping her guard up, and things are bound to get interesting. Sayer’s character is one of my favorites. She’s meticulous in so many ways, and she’s always in her head. I liked how the dynamic between the two evolved throughout the novel as both of them learned to navigate the new obstacles in their lives. This book is so heartfelt and honest. Every time I reread it I find something else to love about it. It’s definitely starts the series off with a bang!

And that’s it, folks! Well, that’s it for now. This is just the beginning of my recommendation posts. Look out for more!